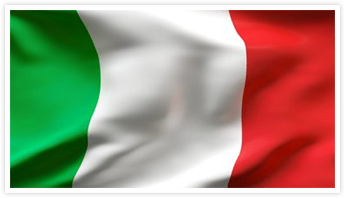 At Taxes for Expats we have been preparing U.S. taxes for Americans in Italy since 1998. We have been checked by the State Department and are listed on the list of approved Tax Preparers by the US Consulate in Rome. Our clients hail from all parts of the country - Rome and Milan, Naples and Turin, Genoa and Sicily (Palermo).

Italy has beautiful landscapes, ancient ruins, amazing food, and a fun social atmosphere. It is no wonder Italy remains a frequent destination for both expats and tourists - many of whom don’t ever want to leave! But, how does living in Italy as an American expat affect your taxes? Read on to find out.

Who Qualifies as a Resident of Italy?

Taxpayers are considered to be a resident of Italy, if for over 183 days they are:

Meeting any of these requirements makes a person an Italian resident for purposes of taxes.

Earned income is taxed in Italy at the national level using progressive rates.

There is also an income tax at the municipal and regional levels. Municipal tax rates vary by municipality, and are between 0.1% and 0.8%. Regional tax rates range between 1.2% and 2.03%.

There are some deductions available to be applied against income. Some of these include:

Dividends (non-qualified), interest, and capital gains are subject to a flat tax rate set at 20%. Capital gains and dividends considered “qualified” (i.e., investments of over 25% in a company that is unlisted) are taxed at the regular tax rate (based on 49.70% of the amount).

There is a tax treaty between the United States and Italy. A primary goal of the treaty is to reduce any double taxation on Italians living in the US, and US citizens living within Italy. This treaty is important to understanding where to pay taxes to. Since each situation is different, it is advisable to speak with a knowledgeable tax professional to make sure the proper country gets paid the proper tax amount.

When Are Italian Taxes Due?

The majority of taxes in Italy are paid at the income source. If there is not additional income that must be reported, a taxpayer need not file an annual tax return. If you find you do have to file a “Modello 730” - the employee federal return - it must be submitted between May 1st and June 30th. If taxes are owed, 40% is due by May 31st. The remaining amount must be paid by November 30th.

There are not extensions available in Italy, and penalties for late filing are quite high. If taxes are filed over 30 days past the due date, penalties range between 120% and 240% of any amount due.

Contributions must be made to the Italian social security system by both employees and employers. Usually, employers will withhold the proper amount from their employees’ pay.

Italy and the United States have a totalization agreement in place. Taxes for social security are paid based on residency, total time spent within each country, the employer’s location, and the presumed future plans of the taxpayer. In a few cases, a taxpayer can choose which country’s system to pay into.

Self Employed in Italy - Read Carefully!

Like many other western countries, Italy has a Totalization agreement with the US. What this means in plain english is that if you pay into the social security system of the foreign country as a self-employed individual, you do not have to pay into the U.S. system as well Ie - you won’t have to pay Self employment tax.

What makes Italy different, is that this only applies to Italian citizens. Non-citizens of italy must pay into the US Social security system. Exemption from SECA tax for self-employed US citizens/green card holders residing in Italy is granted only to the Italian citizens. Non-citizens of Italy must pay self-employment to the US Social Security system.Most people make contributions to the Italian system (INPS) - to receive social benefits and medical coverage - yet, those contributions cannot be claimed for exemption from US SECA tax - unless the taxpayer is a citizen of Italy.

Tax authorities in Italy require that expats report all of their assets that are held outside of Italy, which includes property and savings accounts. If a person has assets outside the country, they are required to file a form with their regular tax return in Italy. Also, any transfers of cash or investments either into or out of Italy are required to be reported. Currently, there is not a tax on these transfers or assets, but not filing the form can result in significant penalties.

As with most countries, there are additional types of taxes in Italy on top of income tax.

Compensation in non-cash form is taxable, but at different rates. As an example, company cars are taxed based on the cost of operating the car, while housing is taxed like regular income.

There are real estate taxes in Italy based on the property’s value and the rates set by the municipality where the property is located. Rates range between 0.4% and 0.7%.

Taxes on inheritance come and go. Currently, no gift or inheritances taxes are in place.

Contact us! We have an expert team to provide tax advice to expats, and give you all the information you need to know to file your United States expatriate tax return while living outside the country.