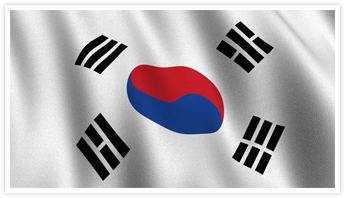 At Taxes for Expats we have been preparing U.S. taxes for Americans working in South Korea since 2008. Our clients hail from different parts of the country - Seoul and Pusan, Yongsan and Incheon and work in different industries - English teachers to DoD contractors.

Korea has seen a fast rate of economic growth during the past several decades. This is one reason expats may choose to live there. Because of the growth, and the desire for it to continue, the Korean government has instituted several tax rules beneficial to the expatriates who choose to work and live there. This article addresses some of the tax issues relevant to expats in Korea.

Who Qualifies as a Korean Resident?

You are considered a Korean resident after having lived there a minimum of one year.

The top personal tax rate in Korea is 42% (including a local income tax corresponding to 10% of the personal income tax due), and this rate applies to taxable income in excess of KRW 500 million. However, expatriates can elect to apply a 19% flat tax rate to total Korea-sourced employment income.

Korea and the United States agreed to their tax treaty back in 1979. One reason for the treaty is the elimination of double taxation. Provisions in the treaty allow some types of income to be excluded from taxes in one of the countries. Some provisions in the treaty likely apply to your situation, so it is advisable to consult with tax experts to ensure the appropriate treaty provisions get applied properly.

When Are Korean Taxes Due?

Income in Korea is reported based on the calendar year. Income tax returns get filed during the month of May in each year. Korean residents must pay 50% of their tax due before the 30th of November in each year.

Korea and the United States finalized their totalization agreement in 2011, which allows expatriates working within Korea to get covered under the United States Social Security system, or the Korean pension system.

Most services and goods purchased in Korea are subject to a value added tax of 10%. Taxpayers also pay the inhabitant tax of 10% of the taxpayer’s income tax. Taxes on real estate range between 0.24% - 0.6%.