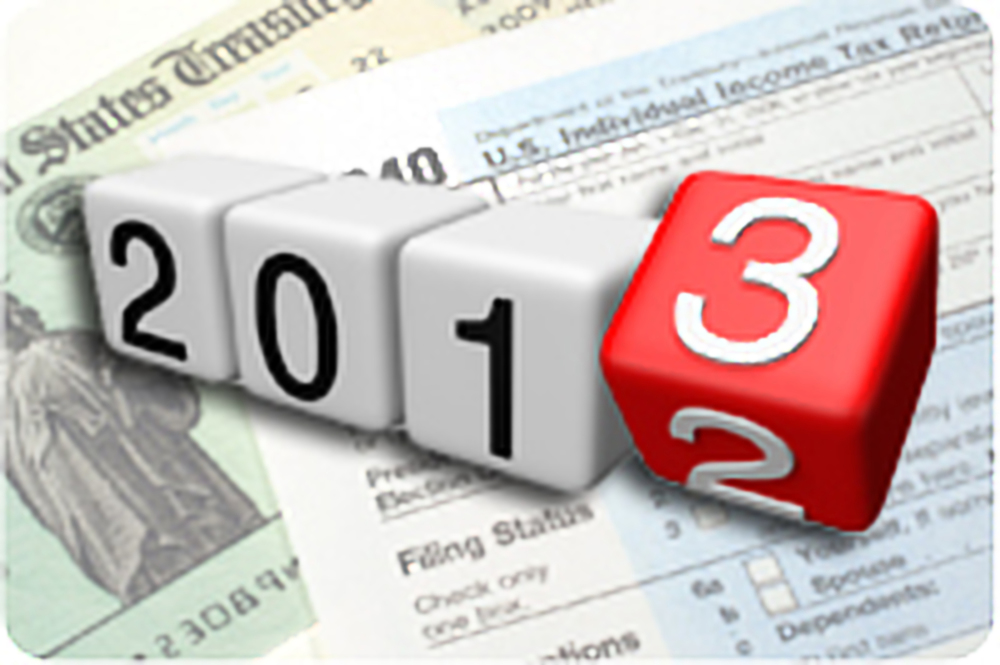 As a new year begins, so do new tax laws and regulations. This is especially true for 2013 as a plethora of tax changes were enacted by Congress. The following is an explanation of the changes affecting the 2012/2013 tax year as it pertains to expats.

The more things change, the more they stay the same...

It is true that there are a few exceptions to this rule that depend on age and income; but they are fairly rare, making it wise to err on the side of caution (for example if you are self-employed and earned as little as $400 you must file). Unless an expatriate tax expert instructs you otherwise, do file your federal tax return every year. Also, filing and paying taxes in your country of residence does not exempt you from filing a U.S. federal return. As an expatriate, you are still required to file - even though you may not actually pay anything to the IRS.

You may or may not be required to file a U.S. state tax return, however. This will depend on the state in which you last resided and how long it has been since you've lived/earned a living there (for more see http://www.taxesforexpats.com/expat-resources/state-taxes-expat-tax-return.html). Lastly, if you have over $10,000 in your foreign bank accounts (combined), you must declare these accounts to the IRS by June 30th of the relevant year. This information should be reported via the FBAR Form TD F 90-22.1.

IRS really wants to know about your foreign assets

In years gone by, the wealthy have successfully hidden money from the IRS in offshore accounts. Stopping this practice is the primary reason behind the new regulations and tax laws for expats. Doug Shulman, the IRS commissioner, has recently stated, "The IRS has made important strides at stopping tax avoidance using offshore accounts. We continue to focus on offshore tax compliance and people with offshore accounts need to pay taxes on income from those accounts."

Unfortunately the IRS rules do not differentiate between the super-wealthy and regular folks. While the new rules may be in place to prevent the wealthy from avoiding taxes on billions they also apply to modestly earning Americans who simply choose to live overseas. The term "offshore accounts" includes all overseas savings, checking, offset mortgage, and retirement savings accounts. Any and all foreign accounts are potential methods of avoidance and will be viewed as such by the IRS. Seek expert advice before entering into any saving or investment plan and remember that all foreign accounts (if in excess of $10,000 combined) must be reported.

IRS also has another trick up its sleeve - FATCA or Form 8938. This form will have to be included with your personal tax return for 2013 if:

The key provision of this law is that foreign banks and financial companies are required to report their US clients to the US government. So if you don’t report yourself - your foreign bank will.

The second beneficial deduction is the Foreign Tax Credit. This deduction applies to taxes paid to your country of residence (so that you are not paying these taxes twice). Expats failing to claim this credit may risk paying taxes on the same earnings to two separate countries.

As an expat, you are probably, above all, seeking information concerning tax exclusions. As of 2013 (ie 2012 tax year), the first $95,100 of income earned on foreign soil is a freebie... (See Exhibit A for historical rates) tax free courtesy of the U.S. government. However, this exclusion only applies if you file properly and on time. Also, this exclusion only applies to earned (payment in exchange for work) income. Income gained through rental property, interest, dividends etc., is not considered earned and is therefore taxed.

The IRS Memorandum Number AM2009-0003 regarding the availability of the FEIE to contractors working in Iraq and Afghanistan remains in force in 2013. It states that IRS will be looking closely at contractors who claim to meet the bona fide residence test, but whose family and home are back in the US and who travel there often on leave. There may even be problems for those claiming the physical presence test. Unfortunately there is not a lot of case law on the subject and the IRS rules and legislative history leave a lot of room for interpretation. However, contractors should understand the rules may have changed, and they may have to defend their claim to the FEIE.

Forms are New Too

In an effort to save money and materials, the IRS is no longer mailing tax forms. American expats can obtain 1040 forms from either a U.S. Embassy, a tax professional, or the IRS website. The 1040 forms for 2012/2013 are new, and you will need to obtain the new form in order to file correctly.

The deadline for expats is automatically extended until June 15th. The due date for taxes owed by expatriates is the same as filing due date, June 15 (late payment penalty will not apply if paid by June 15th). However, like for all Americans, interest will begin to accrue as of April 15th. Regarding state taxes (if your home state requires you to file), some states have matched the April 18th date while others have not. Check with a reliable source from your state, or pay by April 15th to be safe. As long as you have obtained the new forms, there is no date too early to file. If you require additional time to file (past the June 15th deadline), the filing date for expats can be extended to October 15th. The easiest way to do this is to ask your accountant to file Form 4868 for you. While this request is normally granted, you must request it before June 15th.

Any corrections or updates must be submitted by midnight Central Time, September 24, 2014.

You may also want to ask your college about its definition of an application deadline - whether it is the date the college receives your FAFSA, or the date your FAFSA is processed.

This summary of updates can in no way replace a tax professional. Taking into account the ever changing tax laws and regulations, and considering the large sums of money that are potentially lost (or owed) by filing incorrectly, wisdom would suggest that American expats should strongly consider having their tax forms prepared by aninternational tax professional.

For households earning high income levels of over $400K (single) and $450K (married filing jointly), the tax bracket will be increased from 35% to 39.6%. These changes, however, apply to 2013 income levels and will not have any impact whatsoever on your 2012 US income tax return. Taxpayers whose earnings are high enough to be placed within this bracket will also be subject to an increase in the capital gains tax rate (up from 15% to 20%) and a surcharge of 3.8% for the Affordable Care Act.

A phase-out of both itemized deductions and personal exemption will be reinstated for those who earn more than a certain amount of income. The current thresholds for the phase out are $250K for single taxpayers, $275K for head of household, and $300K for married couples filing jointly. What the phase-out means is that if your income exceeds the aforementioned levels, you will not be eligible to claim all of your itemized deductions.

AMT is Adjusted with Inflation

The Alternative Minimum Tax will be adjusted to match inflation. This measure will help to reduce to tax liability for roughly 60 million Americans who would have been adversely affected.

The Following Deductions Are Here (for now)

The following tax deductions are left untouched for now and will be extended at least through 2013: