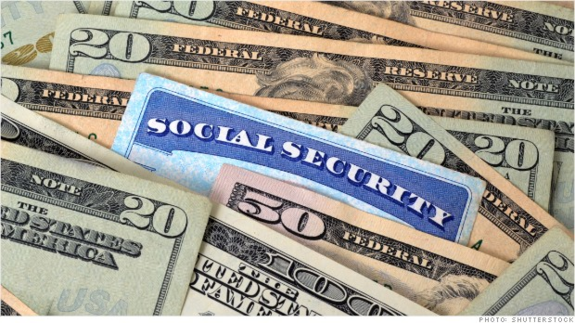 The next 5 months mark an important transition period for Social Security claiming strategies. Whether an individual filing and suspending for a potential lump sum reinstatement in the future, a couple claiming spousal benefits, or a family claiming dependent child benefits while delaying individual retirement benefits until the age of 70.

The End Of “File - and - Suspend” Social Security Claiming Strategies

Because of the recent Congress budget deal, even those who weren’t previously aware of the various “claim now, claim more later” Social Security timing strategies are now wondering whether it’s something to take advantage of before the new rules go into effect.

The good news for those who are already receiving benefits and taking advantage of one of those loopholes are not impacted.

Those who have or will reach the full retirement age in the next 6 months – still have the opportunity to file-and-suspend before the crackdown takes effect on April 29, 2016.
Furthermore, anyone who was born before January 1 1954 will still be able to do a Restricted Application for spousal (or divorced ex-spouse) benefits, even if the filing doesn’t occur until years from now.

How File-And-Suspend Used To Work for Married Couples

The original version of File-And-Suspend allowed one of two spouses, upon reaching full retirement age, to file for Social Security retirement benefits, and then immediately suspend them. Application for the benefits filed by one spouse automatically made the other spouse eligible for spousal benefits generally equal to ½ of the primary filer benefits amount.

However, since the benefits of the primary worker were subsequently suspended – and therefore were not actually received – this meant that the original filer could still earn delayed retirement credit increases of 8% per year and eventually receive 32% higher monthly benefits once they reached 70. This strategy allowed the spouse who might have never worked to receive spousal benefits while their spouses monthly benefits continued to grow.

How File-And-Suspend Will Work Now

Under the new rules, when the primary earner suspends his/her benefits, he/she will suspend not only his/her own benefits, but any/all benefits payable to other individuals based on his/her earnings record.

In normal english, this means that if the husband wants to delay his benefits to earn a higher retirement credit, his wife will have to wait on claiming her spousal benefits, too.

How Restricted Application Used To Work

While the role of file-and-suspend was to allow someone else to get spousal benefits while the primary worker delayed his/her own benefit, the purpose of restricted application was for someone to get their own spousal benefit while delaying their own individual retirement benefit.

How Restricted Application Will Work Now

Under the new Section 831 rules of the Bipartisan Budget Act of 2015, when eitherspouse files for benefits, they are deemed to file for both individual and spousal benefits. Secondly, under the standard rules for Social Security benefits, anytime someone applies for multiple benefits they simply receive whichever provides the biggest benefit check (i.e.,the larger benefit simply overwrites the smaller one). In other words, there will no longer be such thing as applying for just one benefit and switching to the other later.

Instead, either all benefits start earlier, or all are delayed later.

For those born in 1953 or earlier, or someone born on January 1st of 1954 (the cutoff birth date) – Restricted Application is grandfathered under the current rules. If you’re already receiving a spousal benefit under restricted application, you can continue to do so. And if you’re not receiving a spousal benefit yet, but planned to file a restricted application for it in the future, you can still do so – even if your filing for restricted benefits wouldn’t have happened until as late as 2019 when today’s 62-year-olds finally reach full retirement age.

Finally, for those who are under age 62 this year – i.e., born January 2nd of 1954 or later – there will simply not exist the opportunity for doing a Restricted Application, now or in the future.

When one member of a married couple passes away, the survivor is eligible for a survivor’s benefit (also known as a widow or widower’s benefit), equal to 100% of the deceased spouse’s benefit. The rule also applies to a divorcee whose former spouse has passed away, as long as the couple was married for at least 10 years, and the divorcee remained unmarried until age 60.

As with any/all Social Security benefits, in the event that a surviving spouse claims multiple benefits – such as a widow’s benefit and his/her own individual retirement benefits – only the higher of the two is paid, not the cumulative total of both. However, surviving spouses have a choice about when to claim each – the widow’s benefit and his/her own individual retirement benefit – and the new budget legislation does not change these rules.

Ultimately, the fact that the Bipartisan Budget Act of 2015 left a 6-month “transition period” for file-and-suspend means any/all couples who have a member that either already reached full retirement age, or will in the next 6 months, need to carefully evaluate whether a file-and-suspend strategy makes sense or not. Once the time window has passed, any subsequent voluntary suspension will be subject to the far-less-favorable new rules.

For those who are at least 65 ½ but were born in 1953 or earlier (or on January 1st of 1954!), the window for filing a restricted application for spousal benefits (including a divorced ex-spousal benefit) remains available for a few more years, though the ability to coordinate that strategy with file-and-suspend will still be over in 6 months.