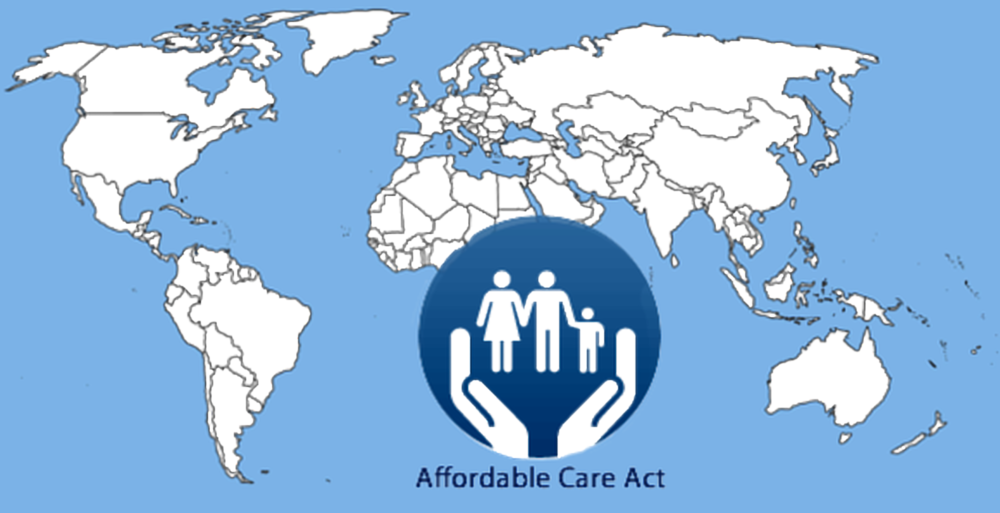 1. Does the U.S. citizen residing abroad need to have foreign health coverage in order to qualify for the ACA exemption?

- No, presence of foreign health coverage is not necessary.

2. Does the U.S. citizen/green card holder with foreign health coverage provided by foreign employer or through the  public health system must prove that foreign coverage meets the ACA standards for the essential minimum coverage?

- No, the scope and quality of foreign coverage is not taken into consideration and does not affect the  ACA exemption. Exemption is purely based on the assessment of time spent outside of the US, .

3. How does the exemption from mandatory Health Care coverage work for expats? Can only U.S. citizens/green card holders living abroad permanently  be exempt or every time period spent outside of the Unites States may be exempt from  U.S. health coverage?

To be qualified for exemption you should belong in one of the following 3 groups:

- A U.S. citizen or a resident alien who was physically present in a foreign country or countries for at least 330 full days during any period of 12 consecutive months;

- A U.S. citizen or a resident alien who was a bona fide resident of a foreign country or countries for an uninterrupted period that includes the entire tax year;

(Note that resident alien qualifies for exemption under the second condition (bone fide resident) only if he is a citizen of a foreign country with which the U.S. has income tax treaty with the nondiscrimination clause). However, they can  be exempt under the Physical Presence test instead of the bona fide residency. Exemption based on the physical presence equally applies to the U.S. citizens and resident aliens (green card holders)

- A bona fide resident of a U.S. territory;

4. Does a U.S. citizen who was physically present in a foreign country for 330 full days during the 12 consecutive months qualify for the full calendar year exemption?

- Exemption applies only for the months of the calendar year spent abroad. Which means that U.S. citizen/green card holder may qualify for the foreign earned income exclusion under the Physical Presence test, yet months spent in the U.S. will not qualify for ACA exemption. They will be subject to penalty if the individual did not have essential minimum coverage in the U.S. over those months.

5. Can partial year exemption based on the incomplete calendar year be combined with ACA exemption for other reason (i.e., member of the household was born during the year OR coverage unaffordable)?

- Yes, you may combine more than one reason for ACA exemption for different months during the same calendar year.

6. If primary taxpayer lives and works abroad while his wife and children live in the U.S. - who is responsible for health care coverage and who pays penalties if there is no coverage for spouse and/or dependents

- Household member residing abroad qualifies for ACA exemption if the meets the foreign residency conditions described above. His spouse and all dependents claimed on the return are not exempt and must have health coverage in the U.S. or there will be penalty for incomplete health care coverage on the joint tax return.

If the taxpayer residing abroad elects filing status “Married filing separately”, then the burden of shared responsibility for health coverage will be on other spouse residing in the U.S. She will also file separately and she can claim dependent children. With only one income she may be exempt under the “Coverage unaffordable” reason if the lowest premium cost is more than 8.13% of her own income. However, tax rate for the spouse working abroad will increase once he lost spousal exemption and other benefits disallowed for married filing separately. As a result he may pay more tax than the cost of ACA penalty he was trying to avoid.