Webinar: Pensions and Other Retirement Accounts Outside of the U.S. — Watch Recording
TFX uses cookies to ensure you get the best experience on our website. Learn more

The IRS has increased the complexity of Form 5471 over the years. 2020 is no exception. With the new revision of form 5471, certain taxpayers who are 10% or more owners of foreign corporations that were previously not classified as Controlled Foreign Corporation (CFC) are now owners of what is termed Foreign-Owned CFCs.

A US taxpayer who owns 10% or more in such a Foreign-Owned CFC must now file a form 5471 annually. The diagram below illustrates how this works. 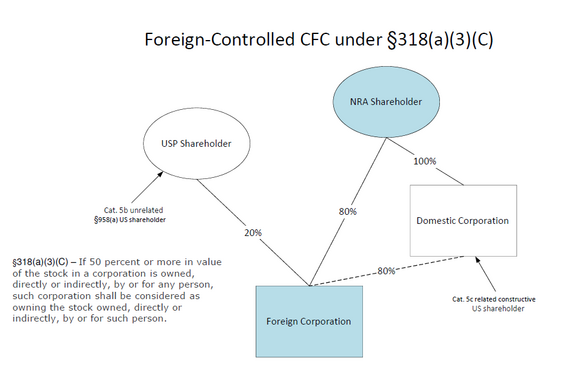 Safe harbor rule: lack of information must be in writing

In certain situations, the US taxpayer will find it difficult to acquire information regarding their foreign business partner’s US businesses. Fortunately, there is a safe-harbor under IRS Revenue Procedure 2019-40  that states that as long as the US taxpayer meets two conditions, the US taxpayer can be treated as not owning shares in a Foreign-Owned CFC, and is not required to file form 5471.

For the second condition, if questions 2 and/or 3 are answered yes, more detail will need to be provided, such as an organization chart showing ownership percentages. If the answers to the questions reveal that the foreign corporation is not a Foreign-Owned CFC, or if there is no reply from the foreign corporation, then condition two is considered met. If both conditions are met, then the taxpayer is exempt from filing form 5471 annually. Filing of Form 5471 includes properly ascertaining which “category” of filer you are. TFX will handle everything for you during tax prep.

Impact on US taxpayers

The US taxpayer should always ask the foreign corporation questions to meet the second condition for safe harbor under Revenue Procedure 2019-40. If it is later determined that the foreign corporation is indeed a Foreign-Owned CFC, then the documentation will provide evidence that the US taxpayer met the second condition for safe harbor.