Webinar: Pensions and Other Retirement Accounts Outside of the U.S. — Watch Recording
TFX uses cookies to ensure you get the best experience on our website. Learn more

The recent tax reform is generally considered as a boon to corporations, reducing the U.S. corporate tax rate. However, the changes affect a wider net than the Exxons and the Apples of the world. The little fish in the big pond, individuals who own incorporated entities globally, are affected as well.  This article will describe the changes that these Joe Schmoe’s face.

Prior to the passage of the tax bill, U.S. persons (citizens, resident aliens, and domestic corporations) were taxed on worldwide income, whether earned in the U.S. or abroad. Foreign income earned by a U.S. shareholder of the foreign corporation generally was not subject to U.S. tax until the income was distributed as salary or dividend to the U.S. shareholder.

Under the Law H.R. 1 (originally known as the “Tax Cuts and Jobs Act.”) a U.S. person with the stock ownership of 10% or more in a (Specified Foreign Corporation (SFC)), must include their pro rata share of previously untaxed accumulated E&P (Earnings and Profits) in subpart F income of the tax year ending before January 1 2018. The “measurement date” for the calculation of Subpart F income subject to deemed repatriation is Nov. 2, 2017 or Dec. 31, 2017, whichever date had the higher  E&P balance.

Dividends paid to US shareholders during the mandatory repatriation year do not reduce the amount of E&P available for subpart F mandatory inclusion. 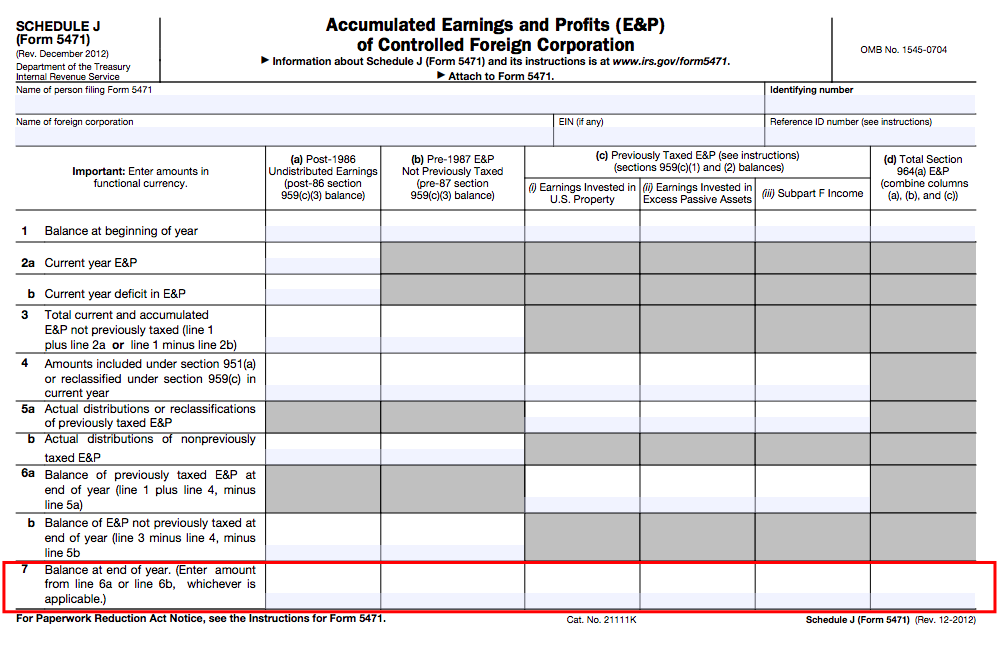 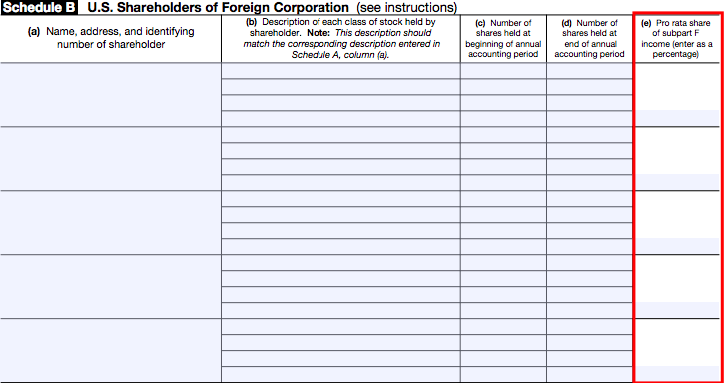 What does this mean? Reporting more income & paying more tax

With respect to the individual shareholder of the Specified Foreign Corporation, inclusion of accumulated Deferred Foreign Income (DFI)  to Subpart F income means the inclusion of the U.S. owner’s pro rata share of the E&P reported on line 7 of Sch J of form 5471 to the personal tax return of the US shareholder for 2017 calendar year as ordinary income.

In the case of a US shareholder of a deferred foreign income corporation, such shareholder may elect to pay the net tax liability under this section in 8 equal installments.

First installment is due on the personal tax return for 2017 year without regard to extension.

Each subsequent installment is due with the following years individual tax returns of the shareholder without regard to extension.