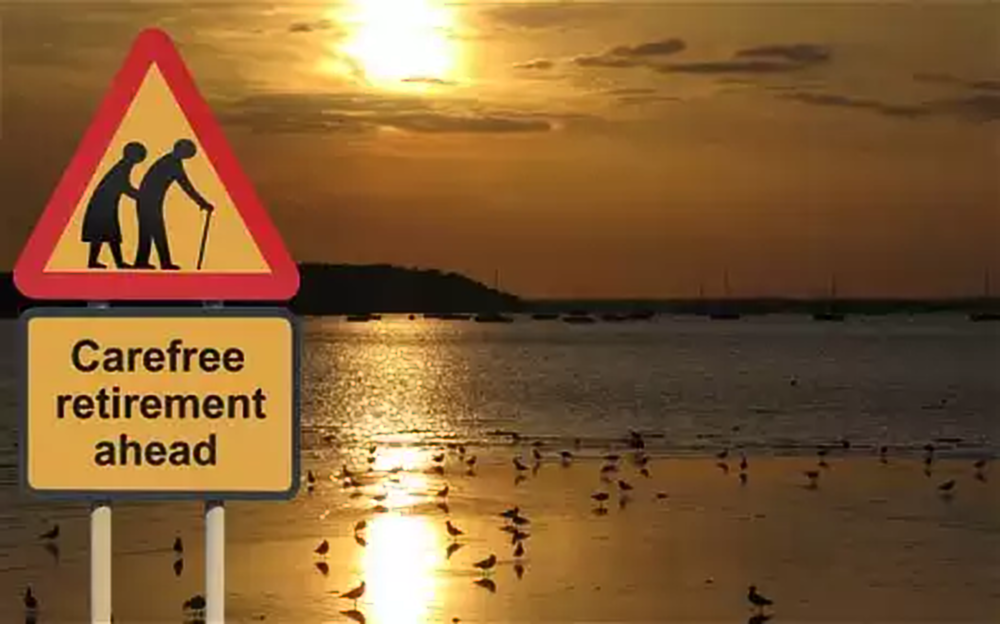 Are you thinking about retiring overseas?  It is a great choice, and the decision as to where should be make after careful considerations about financial needs, taxes, and more.

Your idea of a perfect retirement may involve living overseas as a retired expat.  If you fail to perform due diligence before moving abroad, though, you may be blindsided by a wave of tax repercussions.  It’s always best to research the various countries in which you would like to retire.  That way, you can find out about the tax implications before making any final decisions.  Here are some key points to consider when deciding where to retire abroad.

It is a must that you file your annual US expat tax return.  Even if you don’t owe taxes, you still must fill out a tax return and file it with the IRS.

Unless you’ve fully renounced your citizenship, you are still a United States Citizen and are, therefore, required to file an annual US income tax return.  For every year that you fail to file a tax return, you incur penalties and interest.

FATCA laws are being enforced worldwide, and you are expected to report any offshore financial accounts that you have if they exceed certain thresholds.

In recent years the US has been engaged in one giant crackdown against tax evasion and money laundering.  Due to noncompliance on obligations to report foreign assets, there are some US Expats who are being denied access to their banks and brokerage accounts.  Additionally, penalties of up to $100K or half of your total account balance.  These penalties will apply to every year you failed to file.  It’s becoming increasingly difficult to hid, because financial institutions worldwide are following the FATCA compliance standards by revealing account information for US Citizens and Green Card Holders.

You can avoid some of these pitfalls by reporting any offshore financial activity.  If you have at least $10K in all of your foreign financial accounts combined, you are required to file an FBAR, FinCEN Form 114.  Also, if you have more than $200K (for a single taxpayer) or $400K (for married couples) worth of assets at the end of the year or if they were valued at $300K/$600K at any point during the year, you will be required to file Form 8938.

If you are going retiring overseas, don’t make the mistake of closing your US financial accounts when there are so many benefits of leaving them open.

Of course you will need a local bank account in the foreign country in which you reside.  That doesn’t mean that you have to close your US accounts, though.  As a matter of fact, there are a few good reasons why you should leave them open.  If you ever need to transfer from your US account, it will be easy.  It may be better than a foreign bank that charges fees for a variety of services including check cashing and making deposits.

If you have a 401(k) or IRA, it’s a good idea to leave these accounts as they are to avoid early withdrawal fees and to keep the ability to make tax-free contributions.   Even if the foreign country to which you’re moving has a retirement plan that is similar to yours in the United States, it doesn’t mean that it will receive the same tax treatment by the IRS. Another benefit of leaving your US accounts open is not having to report balances on those accounts with your FBAR.

Make sure to perform due diligence to find out how your foreign residency will be treated by the financial institutions at which your investments are held.

Try to figure out each firm’s policies and procedures at least about six months before you plan on moving abroad.  Each firm has its own rules; some are okay with a foreign address, and others won’t allow it.

If you are with a firm that will not react favorably to your address overseas, you still have time to move your money to a brokerage firm that will.  There are some U.S. financial institutions that will allow you to keep your current accounts but will not allow you to open new accounts overseas.  Among these companies are T. Rowe Price and Vanguard.  Charles Schwab and Co is not so straightforward; its policies vary based on the country in which you reside.

It’s important that you remember all policies are subject to change.  Just in case one of your banks or brokerage firms changes its policies, you should have a backup account on which you can rely.  Don’t hold out too much hope for financial advice if you’re already living overseas; most will not provide investment consultation to foreign residents.

Consider the financial needs you will have when you move overseas and try to anticipate what situations may arise.

Local banking will be very important for you in the country in which you will be living.  You will need to pay bills and have money to tend to all of other life’s needs in the currency consistent with your country of residence.

Shop around for both banks as much as possible so you can become educated on their practices.  Ask about things like fees on services (exchange rates, wire transfers, etc).  Keep in mind, also, that it may be better to use a credit card than cash.  This is because they generally offer more enticing exchange rates than the banks do.

If you are an investor, try to avoid mutual funds that are not domiciled in the United States.  Owning foreign mutual funds as a US Expat can result in severe and harsh penalties from the IRS.

You may not be able to avoid double taxation – even if there is a tax treaty between your host country and the United States; but the Foreign Tax Credit can help you reduce or eliminate it.

There are at least 65 countries that have tax treaties with the US.  One would assume you would be protected from double taxation by the presence of a treaty, but it doesn’t always happen that way.  There are times in which both countries are taxing the same income.  This could be true for pensions, Social Security benefits, investments, etc.  If you pay any taxes to your host country, you will be able to take a credit on your US expat tax return.

Let’s imagine that you are a retired US Citizen who moved overseas and sold $150K worth of stock.  Assume now that you paid $50K for the stock.  You would owe a capital gains tax on the $100K profit.  Now assume your host country has a capital gains tax rate of 10%.  You would owe your country of residence $10K.  As such, you could take a $10K Foreign Tax Credit and apply it to your US expat tax return.  Wait, though…That doesn’t cover the 20% long term capital gains tax rate you will be charged in the US.  After applying your credit, you would still owe the IRS $10K.

To take advantage of the double taxation prevention benefits, there must be income tax in the United States to credit the foreign tax paid.  I.e., you are a retired UK couple who pays foreign taxes on U.S. Social Security but doesn’t owe any taxes to the United States. But - you should still file .U.S. tax return and report foreign tax to secure the ability to carry over foreign tax paid now. Next year you will start receiving UK State pension taxable in the U.S. Then you will utilize the unused portion of the foreign tax credit carried over from the prior years.