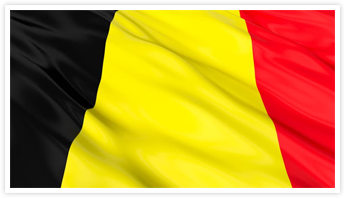 At TFX we have been preparing taxes for Americans in Belgium since 1995.

Many expats from the United States come to Belgium. Many of our clients work in Brussels or have settled in the country many years ago. But, Belgium also has a tax rate that is among the highest in all of Europe. It is vital that US expats understand the tax laws in Belgium and how they will affect their expat taxes.

Who Qualifies as a Belgian Resident?

A person becomes a resident of Belgium when they move their domicile to the country, or when their primary financial interests become located in Belgium. Immediately upon getting a permit to work, or a residence permit, the taxing authorities in Belgium will assume a person is a resident of Belgium until that person proves otherwise. People must get a permit for residency if they anticipate staying in Belgium over 2 months. Every person working within Belgium is required to get a permit to work.

Residents of Belgium are required to pay tax on their income worldwide. Non-residents are taxed just on any income they receive from Belgian income sources. American executives working temporarily in Belgium may qualify for a special regime for expat taxes that might be applicable to their Belgian income sources.

There are several tax treaties that Belgium has with other nations, and those include the United States. The latest tax treaty between Belgium and the US was signed during 2006. The primary purpose of the majority of treaty provisions is to help taxpayers in both countries avoid paying taxes on the same income in both locations. The provisions make clear which country gets the taxes on each particular kind of income situation. There are additionally many different provisions that give guidance to companies conducting business in other countries as to the taxation they are subject to.

When Are Belgian Taxes Due?

Sales taxes and value added taxes are charged on many services and goods. The normal rate is set at 21%, but there are reduced rates for some things of 0%, 6%, or 12%.

There is also a report required to be submitted annually that documents Belgian residents’ accounts held with foreign institutions.