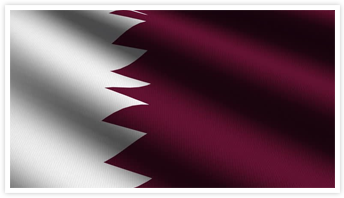 Qatar is a popular Middle Eastern choice among expatriates from all around the world. It is a country without income tax, but although Qatar does not have taxes, that doesn’t mean you don’t! As a US expat, you remain responsible for United States expat taxes. This article will help clarify your obligations.

One of the biggest reasons expats are drawn to Qatar is the lack of an income tax on employees. There isn’t a requirement to file tax returns with the PRTD (Public Revenues & Taxes Department) unless a person conducts business in Qatar. Businesses pay a 10% flat tax on any income from capital gains or activities.

Who Qualifies as a Qatari Resident?

To qualify as a resident in Qatar, a taxpayer must meet at least one of these requirements:

When Are Qatar Taxes Due?

Qatar has the same tax year as the United States - January 1st thru December 31st. But, since there is not an income tax levied on earnings received from employment, no obligation for filing tax returns exists. If a person has business income from Qatar, they must file their tax return no later than 4 months following the conclusion of the year. Business returns are not eligible for any extension of the filing deadline.

Because of the small population in Qatar, and the significant GDP, there are very few financial obligations imposed on residents of the country for the social services they receive. Expatriates receive medical assistance, although they only get limited social services in other areas. With very few, or even no tax obligations, Americans do not have any reason to be concerned about any kind of double taxation caused by social security. There is not an agreement about social security between Qatar and the US.

There isn’t a reason to be concerned with income from outside of Qatar since there is not an income tax.

There is not currently a tax treaty in place between the United States and Qatar. Still, double taxation isn’t a significant concern since Qatar does not have an income tax. The only time it would be a possibility is for Americans operating a business in Qatar. But, since an expat doesn’t pay income tax to Qatar, they may owe a larger amount on their United States expat taxes.

There are not income taxes imposed on wages in Qatar, and even other kinds of taxes are limited. Unlike many other countries, Qatar does not impose capital gains taxes, estate taxes, wealth taxes, or gift taxes. There has been some talk about introducing a value added tax (VAT) in Qatar, but so far it has not happened.

How Should You Prepare Paperwork for your US Taxes?

We wrote the following article that explains how you should prepare to file US tax returns from Qatar:

There are many exciting opportunities in this part of the world that are hard to find anywhere else. The attractive tax system in Qatar means your taxes owed in Qatar will be minimal, but don’t forget that you may owe more on US expatriate taxes as a result. It is always a good idea to seek out expert tax advice.