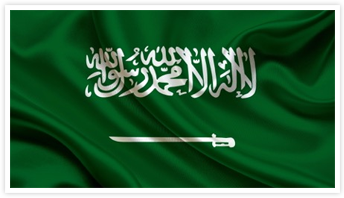 Many of the countries in the Gulf have been, and continue to be, chosen destinations for expatriates worldwide. This is due in no small part to the favorable taxes in the region. Still, it is important that expats understand the tax filing requirements under US law - even in the absence of a requirement to file taxes with Saudi Arabia.

Anyone who wants to avoid taxes on their income from employment often looks to Saudi Arabia. As is the case with many Gulf nations, Saudi Arabia does not tax business income. In addition, there aren’t taxes on income from investments for individuals - capital gains taxes are levied on businesses instead. There have been some recent news reports stating that the Saudi Arabian government is thinking about taxing income of foreign residents, since they desire to increase non-oil income.

Who Does Saudi Arabia Consider a Resident?

Saudi Arabia is one of the few countries that grants residency using resident permits. The length of your stay, or your reasons for being in the country, are irrelevant - they consider you a resident if you possess the permit (Iqama). Resident permits can be applied for at any of the Saudi embassies.

When Are Saudi Arabian Taxes Due?

Because there is not an income tax or a capital gains tax on individuals, the Department of Zakat and Income Tax doesn’t require the filing of tax returns from individuals. Therefore, there is not a due date or tax year.

Saudi Arabia does have a system for social security, which applies to the private sector as well as some public workers. The self employed, those working abroad, and those who do not qualify for mandatory coverage have a voluntary option for coverage. Saudi social security is funded with a pension that taxes 9% of earnings (gross). The self-employed pay 18%. Depending on the particular situation, it is possible that you could have a choice between United States Social Security, the social security system in Saudi Arabia, or both.

No income is taxed by Saudi Arabia, so the source of income does not matter.

The US does not have a treaty for taxes with Saudi Arabia. Since the level of Saudi taxes is so low, most expats will not see any issue with the lack of a treaty. The problem may arise, however, if one is subject to business taxes in both the US and in Saudi Arabia.

The following supplies are deemed zero-rated, and therefore eligible for reclaiming VAT suffered:

Still, Saudi Arabian taxes remain among the lowest on the planet.

How Should You Prepare Paperwork for your US Taxes?

We wrote the following article that explains how you should prepare to file US tax returns from Saudi Arabia:
https://www.taxesforexpats.com/articles/dealing-with-irs/us-taxes-in-tax-free-countries.html