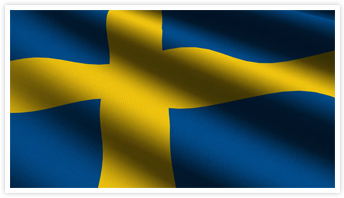 At TFX we have been preparing taxes for Americans in Sweden since 1996.

Many US expats have begun choosing Sweden as their destination. The green landscapes are pleasing to the eye. The liberal culture challenges the mind. Of course, this comes with a price - Sweden has very high tax rates compared to the rest of the world. Read on for advice on managing your taxes if you choose to live in Sweden.

Sweden boasts some very good social programs - among the best to be found anywhere - but to pay for these programs, the tax rates are among the highest.

The Swedish health insurance system, free college tuition, and subsidized childcare require payment of as much as 25% income tax nationally, and an additional municipality tax of between 29% and 34%.

The Swedish tax year, just as in the United States, is the 1st of January through the 31st of December. Tax returns must be submitted by the 2nd of May in the next year.

Along with the taxes paid for the extensive number of social programs, Swedish social security requires contributions of as much as SEK 28,900.

There is also a value added tax in Sweden on all services and goods. The basic rate is set at 25%, but some lower rates apply to food and some tourism industries.

Capital gains in Sweden are taxed at 30%.

US citizens, as well as permanent residents, must file expatriate tax returns with the federal government every year regardless of where they reside. Along with the typical tax return for income, many people are also required to submit a return disclosing assets which are held in bank accounts in foreign countries by using FinCEN Form 114 (FBAR).