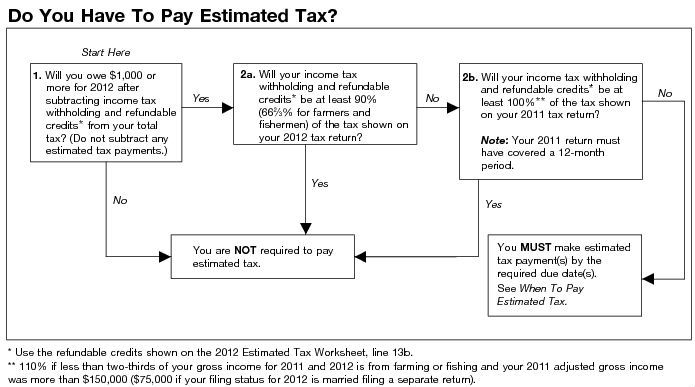 When do you plan to have a draft of your expat U.S. tax return ready? In April, June, October? Unfortunately all those dates are wrong! You need to know your anticipated U.S. tax obligations before January 15th. The best option is to have the anticipated following year tax calculation prepared with your current year tax return. This is the only way to ensure you will not become a subject to the small (0.5% per month) but nevertheless annoying IRS penalty for underpayment of estimated taxes.

When you were employed in the U.S, your employer withheld taxes from every paycheck and sent the money to the IRS, and probably to your state government as well. This way your income taxes were always paid on time.

If you were self-employed in the U.S.,  you were aware that payment of estimated taxes is your own obligation and most probably took care of the quarterly payment.

Now, when you are in the situation where you work for a foreign employer, foreign taxes are withheld from the paycheck the same way as it was before - however, U.S. tax withholding is now your responsibility as if you were self-employed.

If your foreign earnings are below the level of foreign earned income exclusion, it is very likely that you have additional income other than wages, such as:

Even though the amount of income remaining after the foreign earned income exclusion may be relatively small, your income tax bracket is based on the total income before the exclusion and non-excluded incremental income is taxed at your highest marginal tax rate.

Figuring when and how to pay

The rule of thumb is that you must pay your taxes as you go.

To find out whether you are safe and don’t need to make estimated payments, answer those questions:

Anyone who did not answer “yes” to both questions may need to make estimated tax payments using Form 1040-ES.

What if my situation changes over the year?

If you expect your income this year to be more than your income last year and you don't want to end up owing any taxes when you file your return, try to make enough estimated tax payments to pay 100 percent of your current year income tax liability.

Consider paying with your refund

One easy way to get a jump on paying your next year's taxes is to apply your previous year's tax refund to your next year's taxes. If you won't have federal income tax withheld from wages, or if you have other income and your withholding will not be enough to cover your tax bill, you probably need to make quarterly estimated tax payments. Having all or part of your overpayment applied to your estimated taxes is a relatively painless way to take care of at least some of what you owe for coming year.

Should I pay in equal amounts?

Usually, you pay your estimated tax payments in four equal installments. But you might end up with unequal payments in some circumstances:

What should I do now?

If you think you may owe tax this year yet you did not make any estimated payments - the time to act is now. As long as you make estimated payments before January 15th, you will be considered fully compliant. If you make full payment of tax due by April 15th - that’s also good enough. You may have a small penalty for underpayment of estimated amount, yet you will avoid a higher (3% per month) penalty for late payment.

How do we figure out what you actually owe?

You need to bring us a good estimate of the income and deductions you will report on your federal tax return.

We will need some items to plan what your estimated tax payments should be:

What if I don't pay?

You could end up owing the IRS an underpayment penalty in addition to the taxes that you owe. The penalty will depend on how much you owe and how long you have owed it to the IRS.

Result: You will have to write a larger check to the IRS when you file your return.