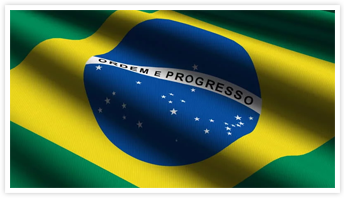 At Taxes for Expats we have been preparing U.S. taxes for Americans in Brazil since 2004. Our clients hail from all parts of the country - Rio and Sao Palo, Salvador and Brasilia, Fortaleza and Belo Horizonte.

Regardless of where you live, you need to file United States expat taxes. But, what details are important if you’ve decided to take up residence in the beautiful country of Brazil? Brazil’s carnivals and beautiful beaches draw many people, but US expats must understand how expat taxes get impacted when you relocate to Brazil, plus understand how Brazil will tax you while living there.

Who Qualifies as a Resident of Brazil?

If you have a work permit (temporary), or a permanent visa, Brazil considers you a resident immediately. If you are in Brazil for reasons other than this, and are there over 183 days (whether or not they are consecutive) during any 12 month span, you are also considered to be a resident from a tax perspective starting on the day after the 183 days are exceeded.

For Brazilian residents, worldwide income is subject to income tax. The rates are progressive and top out at a rate of 27.5%. For non-residents, only Brazilian income is taxed, and the filing of a tax return is not required until they become residents.

Residents who pay tax on their worldwide income are taxed at these rates (2015 rates):

In Brazil, there are not state or regional income taxes. Some municipalities charge taxes on businesses and on transfers of real estate (usually 2%).

For Brazilian residents, taxes on capital gains get charged at these rates (2016 rates):

Taxpayers cannot offset income with losses, but can net losses and gains from securities sales on public Brazilian stock exchanges.

In some cases, capital gains can be tax exempt. These include real estate considered unique (under BRL 440,000), assets sold with prices under BRL 35,000 per month, income from selling securities on public stock exchanges for under BRL 20,000, and income from the sale of real estate when those proceeds get reinvested into other real estate within a 180 day window.

When Are Brazilian Taxes Due?

Corporate taxes follow a fiscal year. The calendar month is considered to be the tax period for individual taxes. Individuals must also file a tax declaration annually before the final working day in April for the previous tax year. Tax rates for the annual return are averaged to account for variations in the monthly income. Even though taxes are withheld monthly, income that is not required to have tax withheld, like investments, must have the appropriate taxes paid with the annual return.

Along with income tax levied on salaries, other kinds of income are also taxed by Brazil.

Brazil has many kinds of taxation for foreign citizens living and working in Brazil, so it is vital that any applicable deductions, credits, and exclusions are applied. Brazil is not a low-tax country, nor is it an extremely high-tax country, but it is always best to minimize taxes - in both Brazil and the US - through knowledge.