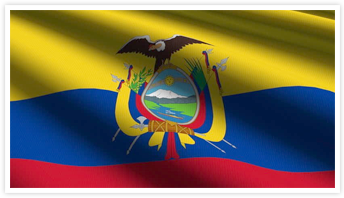 At Taxes for Expats we have been preparing U.S. tax returns for U.S. Citizens and green card holders working in Ecuador for over 8 years. Our clients hail from all parts of the country - Guayaquil and Quito, Cuenca and Machala, Santo Domingo and Portoviejo.

As a U.S. Citizen or green card holder you are legally required to file a U.S. tax return each year regardless of whether you already pay taxes in your residence country.

We offer professional tax services. That means we figure out the best and most optimal way to file your U.S. tax return and avail you of all possible exclusions and deductions. But just as importantly - avoid the errors that would allow IRS to disallow your return and levy fines & penalties on top. You can also do them yourself - not that we recommend it. For more information please see IRS.

The expatriate Foreign Earned Income Exclusion can only be claimed if you file your tax return on a timely basis. It is not automatic if you fail to file and can even be lost.

We have many clients living in Ecuador and know how to integrate your U.S. taxes into the local income taxes you pay.  Any Ecuadorian income tax you already pay can be claimed as against the tax liability on your U.S. return on the same income.

As an expat living abroad you get an automatic extension to file until June 15th following the calendar year end.  (You cannot file using the calendar year as is standard in Ecuador for U.S. tax purposes). You must, however, pay any tax that may be due by April 15th in order to avoid penalties and interest. You can get an extension to file (if you request it) until October 15th.

There are other forms which must be filed if you have foreign bank or financial accounts;  foreign investment company; or own 10% or more of a foreign corporation or foreign partnership.   If you do not file these form or file them late, the IRS can impose penalties of $10,000 or more per form.  These penalties are due regardless of whether you owe income taxes or not.

We have helped hundreds of expats around the world catch up with their past U.S. taxes because they have failed to file U.S. tax returns for many years. This is, in fact, our specialty and we offer a 10% discount to clients to wish to file multiple tax returns at once and get in full compliance with the IRS.

Work with a recognized expert to help you prepare your American tax return. We can also provide tax planning and advice with other expatriate tax; we look forward to working with you.

Below we include information on the Ecuadorian Tax System for the American Expatriates.

Ecuador personal income tax rates are progressive, up to 35%.

Income tax is payable by Ecuadorian resident individuals on non-exempt income derived from all sources. Non-resident individuals are required only to pay tax on Ecuadorian-source income. Residence is determined by reference to common law or to domicile or where the individual has spent more than one-half of the relevant income year in Ecuador unless he or she has a usual place of abode outside Ecuador and does not intend to take up residence in Ecuador.

Most individual taxpayers have tax instalments deducted from each salary and wage payment made by their employers. Self-employed individuals and those with non-salary and wage income ordinarily pay a provisional tax which is an interim payment during the year in anticipation of the assessment of tax after the end of the income year.

Basis – Resident individuals are taxed on their worldwide income; nonresidents are taxed only on Ecuadorian-source income.

Residence – An individual is deemed to be resident if he/she is in Ecuador for more than 6 months in a year.

Filing status – Joint filing is not permitted; each individual must file a separate return.

Taxable income – Foreign income that has been subject to tax in another jurisdiction is not taxed in Ecuador. For resident individuals, dividends are deemed to be part of worldwide income (the 25% tax paid by the distributing company may be used as a tax credit).

Deductions and allowances – Deductions are permitted up to a maximum amount of USD 11,563 for personal expenses (housing, education, food, health, clothing, etc.) and social security paid by the individual.

The company tax rate is 22 to 28%. Capitalised profits have a 12 to 18% tax rate. The tax year runs from 1 January to 31 December. Tax is payable from 2–28 April, depending on the tax identification number. However, the first year's taxes obligate the company to pay 50% of that first year's taxes in two equal quotas: 30 July and 30 September of the second year. The remaining balance is expected to be paid before the deadline in the third year, included in the liquidation of the second year's exercise.

Resident companies are those that are incorporated in Ecuador, or carry on business in Ecuador and have either central management and control in Ecuador or voting power controlled by shareholders who are Ecuadorian residents.

In general, capital gains are taxed as ordinary income.

There is no specific income tax for branches. Income made by branches is taxed according to general income tax rules. A very important exception is the treatment of foreign oil companies involved in state contracts.

No fringe benefits are deductible as expenses in income tax liquidation. The only exception is that the company is allowed to pay its employee income tax and social security contribution, if the company has contracted to do so.

There are many and diverse taxes applied at local or regional levels. These include: urban property, rain water drainage, fire insurance, individual and corporate net worth, state university funds, fire department, transfer of property, etc. Nominally, there are no stamp duties.

Business assets are subject to depreciation. Costs are recovered in accordance of the goods involved based on their useful life and accounting techniques. In general, it is taken over five to 20 years.

Inventories are valued at cost in accordance with general accounting principles and standards established in regulations to the law.

Net capital gains and losses generally are included in the determination of assessable income.

Interest is deductible. The deduction of interest and the cost of foreign financing are allowed only if the loan has been registered with the Central Bank of Ecuador.

The following payments abroad are specifically deductible and are not subject to income tax in Ecuador;

Companies which have sustained operating losses in a tax year may carry such losses forward to subsequent tax years and set them off over five years at the rate of 20% per annum, provided that not more than 25% of the profits obtained in each fiscal year are allotted for such purposes. The carry back of losses is not permitted.

Domestic corporations are subject to taxes on their worldwide income with tax credits allowed for income taxes paid abroad.

Specific write-offs are provided for the mining and oil primary production industries. Expenditure on research and development also qualifies for special treatment.

A general income tax exemption was introduced from 30 December 2007 in respect of income derived abroad that has been subject to income tax in another state and, accordingly, the ordinary tax credit method has been terminated.

No provisions exist for filing consolidated returns or relieving losses within a group.

Interest payments on foreign loans granted by a related party are deductible only if the foreign debt does not exceed 300% of the entity's paid-in capital.

There is a 12% value added tax applied to all transactions including imports. There is a 0% rate on food items, agricultural inputs, medical goods, books and government purchases, and some professional services.

This tax is payable one month following the transaction from the 6th to the 28th depending on the firm's tax identification numbers.