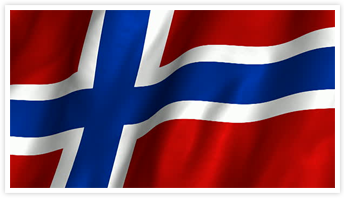 At Taxes for Expats we have been preparing U.S. tax returns for Americans in Norway since 2002. Our clients hail from all parts of the country - Oslo and Bergen, Stavanger and Trondheim.

The country of Norway has a rich beauty, abundant resources, and a high living standard. Even though the capital, Oslo, rates as one of the priciest places to live, the taxes in Norway are not among the highest. What does all this mean to your taxes as an American expat in Norway? Keep reading to find out.

Who Qualifies as a Resident in Norway?

Norwegian residents pay taxes on their income worldwide, with an exception for some foreign workers in the oil industry. Non-residents who are living in the country pay taxes on income from sources within Norway.

There are tax treaties between Norway and 82 countries, which means the majority of income from foreign sources is exempt from tax in Norway, and gets taxed instead by the country where the income is sourced. Norway allows a tax credit that makes up for double taxation if foreign income is not considered exempt due to a particular tax treaty.

Surprisingly, the tax rates in Norway are not as extreme as one might think. Income tax for 2019 is 22 % of net income after deductions.  If your gross income exceeds NOK 174 500 a year or gross NOK 14 542 a month, a progressive bracket tax is levied on top of the 22 % income tax. If you are not resident in Norway for tax purposes, the bracket limits are reduced according to number of months, i.e. present in 5 months the bracket starts at NOK 72 708 (5/12)

There is a surtax imposed by Norway which is payable on personal income (gross), at these rates:

Income from employment is taxed at a rate of 25 percent. The rate includes national insurance contributions at 8.2 percent. The tax is final and settled when it is deducted and reported. Employees do not claim deductions, submit a tax return or receive a tax assessment notice.

Those who meet the criteria are automatically included in the PAYE scheme. If you prefer to be taxed under the general tax rules, you must specify this when you apply for a tax deduction card, or at any time during the income year by applying for a new tax deduction card.

The scheme does not apply for foreign seafarers and offshore workers, workers that wish to use the Nordic treaty on payment and transfer of tax and workers that have business income or taxable income from property in Norway.

There is a treaty in place between Norway and the United States that reduces double taxation, as well as limited required tax withholding.

When Are Norway Taxes Due?

Each spring, the tax authorities in Norway send taxpayers a tax return. The return must be completed and submitted before April 30th. The return includes information for the previous calendar year.

The majority of people who work in Norway must be covered in the Norwegian National Insurance Scheme. Included are a medical plan and a pension. Employees must pay 7.8 percent of earnings into the plan. Self-employed individuals must pay 11%.

There is an agreement in place between the United States and Norway that exempts US citizens from the requirement to contribute to the plan.

There is a value added tax of 25% charged on most services and goods. Food is taxed at a lower rate of 15%. Certain cultural and sporting activities; transport services are taxed at 12%. Supply of raw fish is taxed at 11,1%. E-books are exempt.

Residents of Norway pay wealth tax. This tax is imposed on their assets’ net value at progressive rates between 0% - 0,7%.