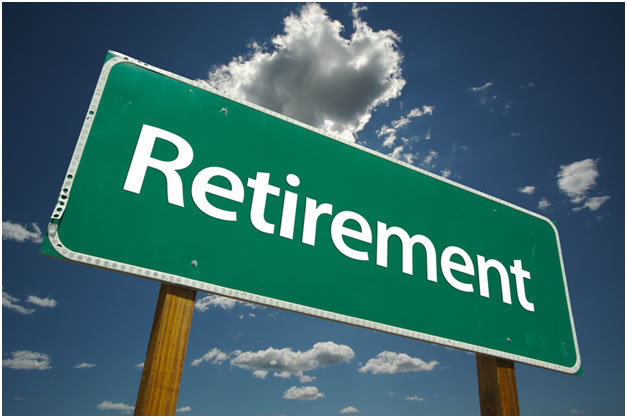 When you initially begin your overseas journey, one thing you’re probably thinking about is, “How will this transition affect my expat taxes?” While you have other important things on your mind, it should be the question you asked before you even agreed to the assignment. You can’t change the past, though; but you can start thinking about your retirement and how that decision will impact your expat taxes.

Do not be fooled, each retirement plan in every country has its own set of pros and cons, and sifting through your options can be a bit confusing. The intention of this article is to offer you a starting point at which you can begin to investigate your options with a bit of education to help you determine whether you want a retirement account based in the United States or another country abroad.

Tax Treaties with the US

You will find that many countries have a tax treaty with the United States, and if you are considering an overseas retirement account investment, these countries are a great place to start. Why? Because if a tax treaty has been agreed upon and is in effect, it generally states that only one country may tax your retirement account, which is a great thing for you! It is important, however to be aware of provisions which can be made in the event of early distribution or taking out a lump sum.

Equally as important is the fact that every treaty most likely has a tax savings clause which extends to the United States the right to tax your income as if there were no treaty. On the same token, tax benefits from the United States may also be extended to you as an expat taxpayer. For instance, there is a treaty currently in effect with the United Kingdom which allows contributions to the plan to be deducted from your tax liability. Additionally, annual earnings are not taxable until the time of distribution.

For a list of countries and their basic individual agreement guidelines with the US, make sure to check out our article US Income Tax Treaties

Many of our clients who reside in Australia come to us with questions about their involvement in the Australian retirement system, which is called Superannuation. As outlined in an existing SSA Totalization Agreement, US citizens who are self employed and living in Australia may choose between contribution to US Social Security or Australian Superannuation. This only applies to entrepreneurs; US citizens who work for Australian employers are mandated to have 9% of their gross earnings to a Superannuation account. If the employee still wants to invest in US Social Security, he/she will have the option to do so.

To learn more about being an Australian expat, read our U.S. Income Tax Return Preparation, Advice and Planning for American Expatriates Living in Australia and New Zealand article.

Recently, a large number of US expats living in the United Kingdom have been confronted with the notion of transferring the sum of their UK pensions into QROPS, which offers greater tax benefits in the UK. The greater tax benefits are greatly due to the fact that your funds can be transferred overseas to countries with no tax laws, and thus be free of UK taxation on disbursement of your income. Additionally, you will be afforded the opportunity to more effectively manage your investment and distribution depending on whether you want a lump sum payment or a regularly paying annuity.

Making the switch to a QROPS is only a wise investment if you intend on living in the UK permanently once your overseas assignment comes to an end. It has always been difficult for US citizens to gain any expat tax benefits whatsoever from investing in QROPS. Even with recent developments which allow US citizens to transfer funds to a QROPS, they are still at risk of losing their ability to claim a deduction because the odds are high that funds will be transferred into an overseas account; and this action is strictly forbidden by US expat tax laws.

To learn more about living as an expat in the UK, review our U.S. Income Tax Return Preparation, Advice and Planning for American Expatriates Living in the United Kingdom (England) article.

Canada is much like the UK in that it offers individual retirement plan options which impact US expat taxation. Canada offers both citizens and international employees option to invest in an RRSP, which has numerous tax benefits. Since 2004, the United States has been offering an easy way to report your interest in a Canadian RRSP on your taxes. You can defer income from your RRSP by simply submitting Form 8891 with your US expat taxes. You can find this form on the US IRS website. If you have multiple RRSP’s, you need to submit a form for each one. By deferring RRSP payments you are also deferring tax liability until the time you collect on your investment.

To learn more about living as an expat in Canada, read our U.S. Income Tax Return Preparation and Advice for American Citizen (Expatriates) Living in Canada article

The Swiss Pension is generous and built to guarantee the employee existing standard of living after retirement. The.system is three-tiered, based on a combination of state, occupational and personal contributions.

From U.S. standpoint - both types are considered non-qualified foreign retirement plans and do not provide any tax saving benefits to expats. Contributions to Pillar 3a and Pillar 3b are not deductible, plan growth reported as regular investment income on annual U.S. tax return. FBAR reporting is compulsory and value of the account is counted towards assets valuation for FATCA purposes.

Mandatory CPF contributions are tax-exempt for both the employer and employee in Singapore. The same applies to pre-retirement and retirement withdrawals from the accounts.

In the U.S., employer contributions to Ordinary Account (OA) must be added to annual taxable income.

Contributions to SA and Medisave Accounts are not included in U,S. taxable income as they substitute for the Social Security contributions.

Taking part in a pension plan from another country can pose specific risks which could gravely affect your US Expat taxes. The IRS sets forth strict guidelines concerning the deductibility of pension plan contributions, and retirement plans from other countries generally fail to meet these guidelines unless it is otherwise governed by a US tax treaty. Furthermore, many foreign retirement accounts are viewed as ‘foreign trusts’ by the IRS and these types of trust account require additional forms to be submitted by the beneficiary of such accounts, which include an annual trust tax return.