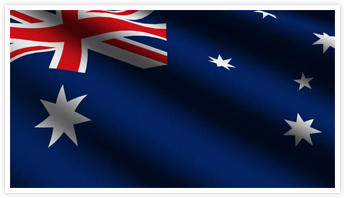 At TFX we have been preparing taxes for Americans in Australia for over 21 years.

Australia is a very attractive country for US expats, with beautiful beaches, warm weather, and an English speaking, laid-back culture. With a residency system based on points and around 20% of the population born outside the country, it is a relatively accessible country for those who have the desired education and skills. But, when it is time for filing annual tax returns don’t forget the country from which you came - they haven’t forgotten about you. This article will aid you in understanding your American expat tax obligations while you live in Australia.

US citizens, as well as permanent residents, are required to file expatriate tax returns with the government every year regardless of where they reside. Along with the typical tax return for income, many people are also required to submit a return disclosing assets which are held in bank accounts in foreign countries by using FinCEN Form 114 (FBAR).

The United States is among only a few governments who tax international income earned by their citizens, as well as permanent residents, residing overseas. There are, however, some provisions that help protect from possible double taxation. Provisions include:

The Australian Tax Office (ATO) is the equivalent to the Internal Revenue Service, and is the primary tax collection agency in Australia. To file taxes, you must first get a Tax File Number (TFN), which is similar to the Social Security Number in the United States. Like a Social Security number, it is unique to you, and must be safeguarded to reduce the chance of identity theft. This number is assigned for life. People without a Tax File Number will have taxes withheld on both wage income as well as investment income. Temporary residents can obtain TFNs as well if they have a need to do so for tax reasons.

Joint returns are not allowed for married couples, but they must each declare the other spouse on their tax filing.

As does the United States, Australia has a progressive tax system. Progressive tax systems increase the rate of taxation as income increases. Note that Australian tax rates are different for non-residents than for residents. And, the residency definition for tax reasons may be different than for basic residency. Generally, you are considered an Australian resident when you are there and live there permanently. Once you have worked and lived in Australia continually for greater than 6 months, and you continue to living there, you are considered to be a resident until you prove otherwise. Tax rates for 2018-2019 for residents are:

There is additionally a Medicare tax of 2%. There is also a surcharge for people who don’t have acceptable health insurance.

Tax rates for those who are not considered residents for tax reasons are below. In general, those with earned income in Australia who are not residents are classified as foreign residents.

Interest on bank accounts is not included as income, but the bank must have a foreign address on file to avoid required withholding.

Who Qualifies as a Resident of Australia?

As mentioned above, residency for taxes is different from residency for citizenship or immigration purposes. Meeting any of these criteria determines one to be an Australian resident for tax reasons.

Regardless of residency, income from Australian sources requires a person to file taxes with the Australian Tax Office.

Which Tax Status is Better?

Both non-residency and residency have benefits and drawbacks.

When Are Australian Taxes Due?

You are required to file (or “lodge” as it is known in Australia) your Australian return by the 31st of October. If you use registered tax agents, you have to register as one of their clients by that same date. Once you are registered, you get an extension until the 5th of June of the next year. The Australian financial year is from July 1 through June 30.

Australia has a three-pillar pension system. The first pillar (Public Pensions), is comprised of a tax-financed Age Pension (state pension), which provides basic benefits (similar to social security) for men and women (age 65 and above). In addition to the Age Pension, the government established the Future Fund which is financed by budget surpluses and the privatization of Telstra (telecommunications firm). The Future Fund was created to satisfy unfunded public sector superannuation liabilities.

Australian employees are not taxed for United States social security. Because of the Australia - US tax treaty (called a Totalization Agreement), self-employed expats in Australia can decide which system - either US social security or the Australian system - they would rather contribute to. For the majority of Australian residents, participation in government-sponsored retirement plans is limited to superannuation described below.

Superannuation is like a massive 401(k) program, but mandatory. Contributions from employees are voluntary, although their employers are required to make a 9.5% contribution on base wages for employees making more than AUD 450 per month. Contributions by employees are deductible on their Australian taxes (allowable from Jul 1, 2017 subject to a cap of $25,000)-, although not on US taxes. For 401(k)s, superannuation fund access is limited to people who are of retirement age, unless they fall into one of several special circumstances.

The United States and Australia do have a tax treaty. The treaty defines terms that are used in the US - Australia tax relationship, and provides rules for deciding which country taxpayers are residents of. This is important mostly for people who are not sure about their residency. Most of the tax treaty is about property and commerce, and also includes provisions for granting rights to each of the governments to impose taxes on certain forms of income depending on the country from which the income was derived.

Americans Who Are Self-Employed in Australia

For companies that have revenue under AUD 2 million, the tax rate is flat at 28.5%. These company taxes are required to be prepaid each quarter based on what is anticipated to be owed. Note that the corporation doesn’t necessarily need to have been incorporated within Australia to be classified as an Australian company. It only needs to conduct business within Australia and be owned or controlled by an Australian.

Just like in the US, different business structures have different tax responsibilities and legal obligations. Australian businesses can be set up as partnerships, sole traders, companies, or trusts.

The GST (Goods & Services Tax) is a form of value-added tax applicable to almost all transactions that involve goods & services, other than certain items that are excluded. The GST is flat at 10%. Business owners with over $75,000 of receipts have to register and collect goods & services taxes.

Tourists in Australia can get a refund for any GST they paid during the prior month if they present the items along with receipts when leaving the country.

Have Questions About US Taxes in Australia?

Contact us! We have an expert team to provide tax advice to expats, and give you all the information you need to know to file your United States tax return while living outside the country.