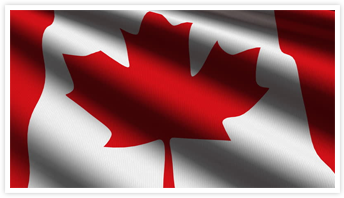 At TFX we have been preparing U.S. tax returns for U.S. Citizens and permanent residents living in Canada for over 20 years.

US citizens, as well as permanent residents, are required to file expatriate tax returns every year regardless of where they reside. Along with the typical tax return for income, many people are also required to submit a return disclosing assets which are held in bank accounts in foreign countries by using FinCEN Form 114 (FBAR).

Some US Tax Relief

The normal penalty for failing to file United States taxes is 5% per month, up to a maximum of 25% each year. Although it is hard to believe, the IRS has said they will waive this penalty for Americans in Canada and dual citizens filing late returns. This helps relieve the issue of dual citizens fearing a trip over the border if they were not sure if their United States taxes were current. There is no longer a risk of being arrested when visiting friends or family in the US.

The Canada Revenue Agency has set tax rates as follows for 2016:

Territories and provinces also impose taxes, which range from 4% all the way to 21%! Each province is different, so check the Canada Revenue Agency website for details.

When Are Canadian Taxes Due?

For most people, the due date for their Canadian return (T1) is April 30. Self-employed individuals get until the 15th of June to file, although payment of taxes must still be made before April 30. An extension is granted to non-residents until June 30.

The public retirement system in Canada has two pieces - Old Age Security, as well as the Canada Pension Plan. In general, Old Age Security provides a monthly payment to Canadian residents with low to middle income levels. The Canada Pension Plan is similar to the way the US Social Security system works, in that both the employer and the employee contribute. Employees pay 4.95% on up to CAD 54,900 in wages, with the employer matching that amount. In both plans, normal age for retirement is age 65, although there are exceptions in special circumstances. Different than US Social Security, the Canada Pension Plan is partially funded.

Along with these public options for retirement, Canada offers a savings option which is tax-deferred known as a Registered Retirement Savings Plan (RRSP). Any contributions are not included in income for the tax year they are made, but withdrawals are taxed like ordinary income.

One thing that United States and Canadian residents have in common is having to pay tax on their income generated worldwide. But, some non-residents are taxed only on their income from Canadian sources. One large difference between United States and Canadian treatment of income is residency. United States citizens as well as permanent residents must pay US taxes regardless of where they live. But, Canadian citizens not living in Canada are subject to different rules than residents. One benefit is most income derived outside of Canada does not get considered in calculating income tax in Canada.

Who Qualifies as a Resident of Canada?

As is usually the case, the issue of residency has important consequences for taxes in the eyes of the Canadian Revenue Agency. They take factors like these into account:

Also, even non-residents staying in Canada over 183 days per year could be considered residents and become subject to tax on worldwide income.

In Canada, ending your residency is considered taxable. Residents who leave Canada are considered to have sold all of their property. This is assumed to have occurred at the market value, then the person reacquired the property. The effect is that tax on any presumed capital gains is imposed. There are ways to shelter from this if you plan to stay in the country for under five years, although this needs to be in place prior to immigration to Canada. It is important to realize that this is applicable to all Canadian residents, not just citizens. The point is that you should do tax planning both before moving to Canada, then again prior to leaving.

The US and Canada do have a treaty for taxes. It was first agreed in 1980, with four revisions since then. One provision in the treaty is agreement to share data between the governments of the two countries in the process of collecting tax revenue. Another provision establishes the income that is taxable in each country and the income that might be exempt from taxes. This becomes very important for people and companies engaging in commerce across the border. Yet another provision includes the foreign tax credit available to both permanent residents and citizens of the United States when Canadian taxes are paid.

Similar to US businesses, businesses in Canada can be set up in many different ways, including limited partnerships and partnerships, sole proprietorships, and corporations. These each have differing legal protections, along with different US expat tax requirements.

In Canada, the sales tax is known as the Harmonized Sales Tax, and is assessed at both the provincial and national levels. The federal tax is 5%, then each province adds additional tax anywhere from 0 to 10%.

Articles We Published Specifically for Our Canadian Readers