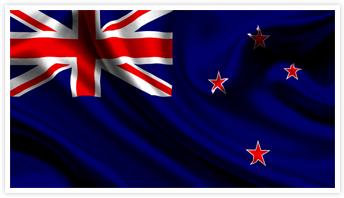 At TFX we have been preparing taxes for Americans in New Zealand since 1997.

You must file expat taxes as a US citizen regardless of the country you are working in, so how are your taxes affected when you decide to live in (what some consider to be) the most beautiful country on Earth? It is not surprising that so many people choose New Zealand as an expat destination, with its natural beauty, amazing coffee, and the laid-back English speaking environment. Still, it is vital to know how moving to the country of New Zealand changes your tax obligations in both the US and in New Zealand.

As with many countries, the tax rates used by the Inland Revenue Department are of the progressive type for all taxable income.

The tax withholding rate for those who are non-residents is flat at 15% and could be reduced because of the agreement between these countries concerning double taxation.

The tax rates in New Zealand are similar to the United States tax rates. So, depending on income level, there is not a particularly high risk of owing high US taxes because of lower New Zealand taxes.

Who Qualifies as a Resident of New Zealand?

A person’s tax residency in the country of New Zealand is determined by the following:

When Are New Zealand Taxes Due?

The annual tax year is different in the country of New Zealand than the United States tax year. It starts on the 1st of April, and ends on the 31st of March. This difference means that income needs to be modified appropriately on a person’s US tax return, even when also filing New Zealand taxes in their tax year. Returns must be submitted prior to the 7th of July, but extensions through the 31st of March are available if a person is enrolled with one of the tax agencies.

Most income gets taxed as it is earned, but tax returns must be filed unless you have under NZD 200 not taxed when earned. You will also need to submit a return if there are any dividends, interest, or other income from employment.

Payments for taxes are submitted in 3 installments - the 28th of August, the 15th of January, and the 7th of May. These payments are mandatory if the tax liability is at least NZD 2,500.

New Zealand has a three-pillar pensions system. The first pillar holds the New Zealand Superannuation or NZS (social security), which is a non-contributory state pension. The purpose of NZS is to provide social security to all residents fulfilling the residence requirements at the age of 65. The second pillar holds the occupational superannuation schemes and the KiwiSaver scheme. The KiwiSaver scheme is a voluntary, work-based scheme with the primary objective to compliment and increase overall retirement savings. Contributions to the KiwiSaver scheme are voluntary for employees and employers. In addition to paying ongoing account fees, the government contributes NZD 1000 to the KiwiSaver upfront.

There is not a totalization agreement, so this could be one area where Americans living within New Zealand could be subject to double taxation. United States expats can get more information on the New Zealand system from the US Social Security Administration.

There is a tax treaty between New Zealand the United States. This treaty helps determine which country an expat should pay their taxes to. This treaty is fairly simple, but it is always a good idea to get expert tax advice.

Income from employment is also subject to a tax for the Accident Compensation Corporation (ACC). This plan provides insurance for "no fault" incidents. The rate is adjusted each year, and both employees and employers pay in. In 2016, employees are required to pay a rate of 1.45%, maxing out at NZD 1,713.

There is not a tax on capital gains in the country of New Zealand, but some particular gains do get taxed using other tax provisions. If you find that you have gains, it is advisable to speak with your tax advisor.

Your Personal Tax Statement (PTS) indicates your income and the amount of tax withheld by your employer. See details on reporting it here.

Dividends paid - Report your Dividend Income in the Tax Questionnaire under the Passive Income > Dividents tab.

Interest income - The simplest kind of interest is if you have a bank account - the bank will pay you some percent for the privilege of holding your money. Report Interest Income in the Tax Questionnaire under the Passive Income > Interest tab.

This amount represents the total tax assessed on your taxable income. Report this tax in the Main > Earned Income section of the Tax Questionnaire (TQ).

As stated below, the TQ offers two options, one to use tax assessed for the foreign tax credit, or simply use the amount for tax actually paid. While in the TQ, please click the corresponding help link (green question-mark) for further detail.

Income Tax - Amount of foreign income tax paid or withheld. Can be utilized as a foreign tax credit to offset U.S. tax liability. Report tax imposed on the particular income type in the same section of our Tax Questionnaire where you reported that income.

Questions About US Taxes in New Zealand?