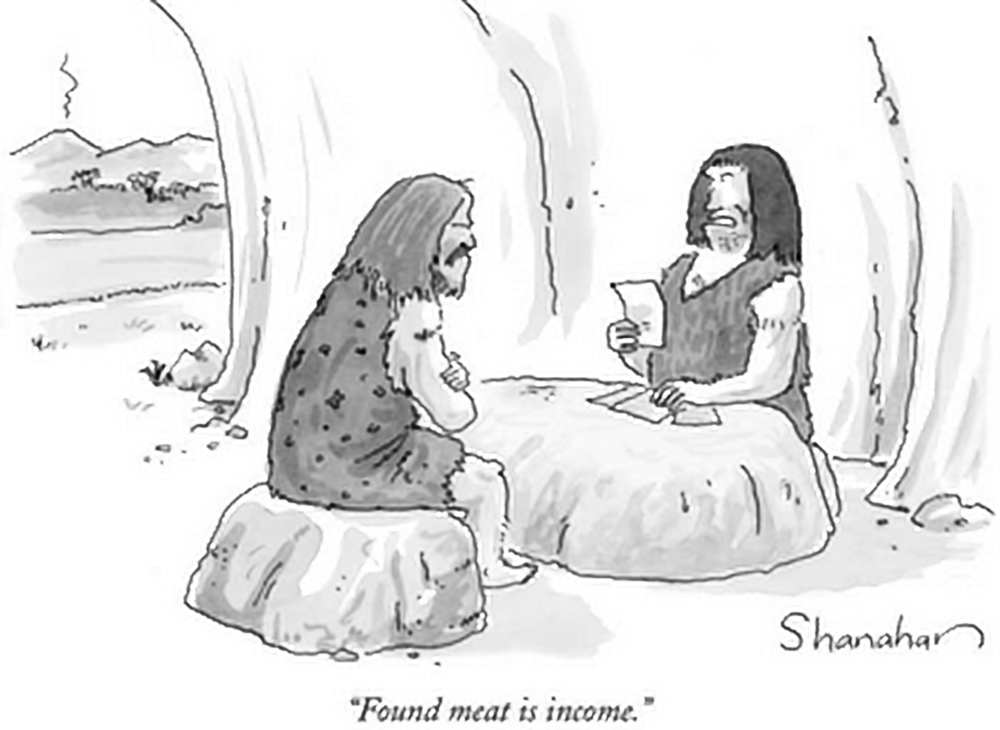 While most of the income you receive this year will be taxable, not all income is treated similarly for tax purposes. The most significant difference is the distinction between earned and unearned income, because the two are often taxed at different rates. Even more importantly for expats - earned income is subject to the Foreign Earned Income Exclusion, whereas unearned income is not.

For most taxpayers, earned income is the most common form, and for many people it is the only kind of income they will have. If you are an employee, your pay from your job is earned income. The IRS defines compensation as “payment for personal services.” While wages (including tips) or salary are obviously taxable, in some cases you may have additional forms of compensation. Determining how those are treated for tax purposes can be a little less obvious.

A cash bonus, for example, is obviously a form of taxable compensation. But what if your company sends you on a trip to Hawaii as an incentive award? Guess what—that’s also taxable compensation, and it must be reported as income at the fair market value of the trip. There are exceptions, however. If you receive a longevity (length of service) or safety award, the value of the award (based its cost to your employer) can be excluded from your taxable income as long as it was presented for more than five years of service and you have not received another such award in the last four years (in the case of longevity awards) or as long as you are not a clerical, administrative, professional, or management employee and no more than 10% of the company’s employees received a similar award in the previous year (in the case of safety awards).

If you are a member of the National Guard or a Reserve component of one of the uniformed services who is mobilized and your employer continues to pay some or all of your normal wages while you are on military leave, this is called differential pay. The tax treatment of differential pay is a little unusual. You will owe income tax on the amount but not FICA (Social Security and Medicare) taxes.

Should you depart a job during the year and receive severance pay and/or payment for accrued vacation or other leave not taken, that money is earned income and treated like wages for tax purposes. Sick pay is also taxable, but if you are injured and receive temporary disability income, those payments are taxable if your employer paid the disability insurance premiums but not taxable if you paid the premiums. If you are unable to work because of a work-related injury and receive worker’s compensation payments, they are not taxable.

Fringe benefits are treated in various ways for tax purposes. The share of health and disability insurance premiums paid by your employer are not considered taxable income, nor is group term life insurance up to $50,000 in benefit value. However, any premiums for coverage over $50,000 that are paid by your employer must be reported as taxable income. (This does not include forms of accidental death insurance, such as travel insurance, that only pay under specific and limited circumstances of death.)

If your employer provides you with the use of a gym or other athletic facilities, the value of that membership is not taxable as long the gym is operated by your employer and used predominantly by employees and their family members. If your company pays for a membership at a third-party health club or gym, however, the cost is taxable. Educational assistance from your employer is non-taxable up to $5,250 per year but taxable above that limit.

What about those little gifts you might get during the year, like pens, can holders, water bottles, and similar promotional item-type things? These fall under the de minimis (meaning “minimal”) rule; their value is considered small enough that they are not taxable. The same rule applies to food provided at company picnics, office parties, and similar events; to cab fare provided for you if you work late and miss your bus or train; and to holiday gifts of hams, turkeys, or similar items. But if you get a gift certificate or something else with cash value—even if it’s just $5—it has to be reported as taxable income.

Not all earned income comes from an employer. Alimony is considered earned income, but child support is not. Naturally, if you are an independent contractor, you are self-employed, and any payments you receive from clients are subject not only to income tax but also to self-employment tax, which combines the employee and employer share of FICA taxes.

Unearned Income: What It Is and How It’s Taxed

Unearned Income: What It Is and How It’s Taxed

The most common form of unearned income is interest income. If you have money parked in a savings account, shortly after the first of the year you will receive a Form 1099-INT (or in some cases a 1099-OID) from your financial institution showing how much interest you earned (which at today’s pitiful rates probably won’t move the needle on your tax obligation). If you receive a gift or bonus for opening an account—even if it is not cash—it is considered interest income (assessed at the cost to the institution for non-cash gifts). Interest on long-term deposits like CDs (certificates of deposit) that have a maturity is taxable as soon as it is earned and available with no significant penalty for withdrawal. Generally speaking, interest income is lumped in with your earned income and taxed at your marginal rate.

Dividends are similarly unearned income. The most common form of this income is dividends paid on stock, which includes those paid by mutual funds as an aggregate of dividends paid by the stocks held in the fund. Dividends are currently taxed at a variable rate based on your tax bracket. If you are in the one of the two lowest brackets (10% and 15%), there is no income tax on dividends. For the higher brackets the rate is 15%, and for the highest bracket (39.6%) the rate is 20%. There are a number of rules, however, for determining whether a dividend is “qualified” and therefore subject to these rates.

The final major type of unearned income is the capital gain. A significant element of U.S. tax policy for a number of years now has been a lower tax rate on capital gains because they result from investments that are viewed as driving the U.S. economy. The major distinction with capital gains is whether they are short-term (resulting from an investment held for one year or less) or long-term (more than one year). Again, as part of the rationale for encouraging investment that will benefit the economy long-term capital gains are treated more favorably than short-term gains (which tend to result from trading as opposed to true investment).

Long-term capital gains enjoy the same favorable tax treatment as dividends. Like dividends they are taxed at rates ranging from 0% to 20%, with the taxpayer’s individual rate determined by their tax bracket. While capital gains are significant income sources primarily for wealthier individuals, even the 20% maximum rate is about half the 39.6% rate on income over $400,000 (or $450,000 for those married and filing jointly).

There are some other forms of unearned income aside from the Big 3. Unemployment compensation benefits are one, as are major income sources for retirees: Social Security benefits and retirement income distributions. There are a few others that apply, such as gambling winnings. Finally, cancelled debts are considered taxable income. For example, if a lender awards an early repayment discount on a loan, the amount that is forgiven is taxable income. However, this does not apply to debts discharged in bankruptcy.

While most of us have little choice but to continue with our earned income, the differences in tax rates on certain kinds of unearned income should be considered when you are making decisions about investments. For the most common investment used by the average American—the IRA, 401(k), or some other type of tax-deferred retirement account—this isn’t an issue, but if you can structure your other investments to generate capital gain or dividend income, you’ll enjoy the benefits come April 15.